Posters. To save a local copy of these posters: Right-click on the links below and select save as.

The first poster below shows the programs planned or ongoing as part of many geoengineering schemes that are being proposed by a few scientists that want to use the Earth, our atmosphere, and the oceans as a giant, unregulated, physics laboratory.   These scientists want unlimited rights, with no Congressional or Public Oversight, to conduct multiple types of experiments using a wide variety of methods, many of which are detrimental to the environment and human health.  The U.S. House of Representatives has held three hearings (two in 2010), on this subject and is working with the UK on a Global Geoeningeering Governance Scheme.  The ADC opposes all current and ongoing geoengineering schemes...and those proposed to be used in the future.

The Contrail Poster below was first introduced to the public in 2006, and has been revised in 2010.  This poster is about jets leaving various types (listed), of contrails which, according to NASA studies (2005 Newsletter), are "...trapping warmth in the atmosphere and exacerbating global warming..."  NASA goes on to state that "...any change in the global cloud cover may contribute to long-term changes in the Earth's climate.  Contrails, especially persistent contrails, represent a human-caused increase in the Earth's cloudiness, and are likely to be affecting climate and ultimately our natural resources..."

The Importance of Photosynthesis & Our Trees & Plants.pdf (2MB)

How Do You Like Your Skies - Natural or Man-Made & Tree Decline Photographs - CA.pdf (1.6MB)

Our weather in the United States is being modified by private corporations, states, cities, counties, the military, universities, and other groups without congressional oversight, public notification or consent.  The poster below represents more than 60 ongoing weather modification programs in the western states in 2009, according to NOAA public record documents.

US Navy vs Nature:

The U.S. Navy Section in this website, on Warfare Testing Programs, was updated in 2010, and will continue to be updated with new information on a monthly basis or as new information is available. Expansions or new areas for warfare testing are planned for the Gulf of Mexico, the Atlantic and Pacific Oceans. Many of these warfare programs are ongoing in these ocean areas at the current time to the detriment of millions of marine mammals.

Senators Kerry and Lieberman will be introducing a new climate/jobs bill in 2010.  It will be modeled on U.S. Senate Bill 1733 and the Climate/Energy Bill passed in the U.S. House in 2009, which is supported by Senator Boxer.  This massive Ponzi Scheme that will not regulate any green house gases for seven to ten years should be defeated. This group of  posters demonstrate why and what harm these bills will do to the environment while enriching Wall Street and the Banks which are written into all current climate/energy. Read more on this subject under the Climate Cap & Trade Section of this website. 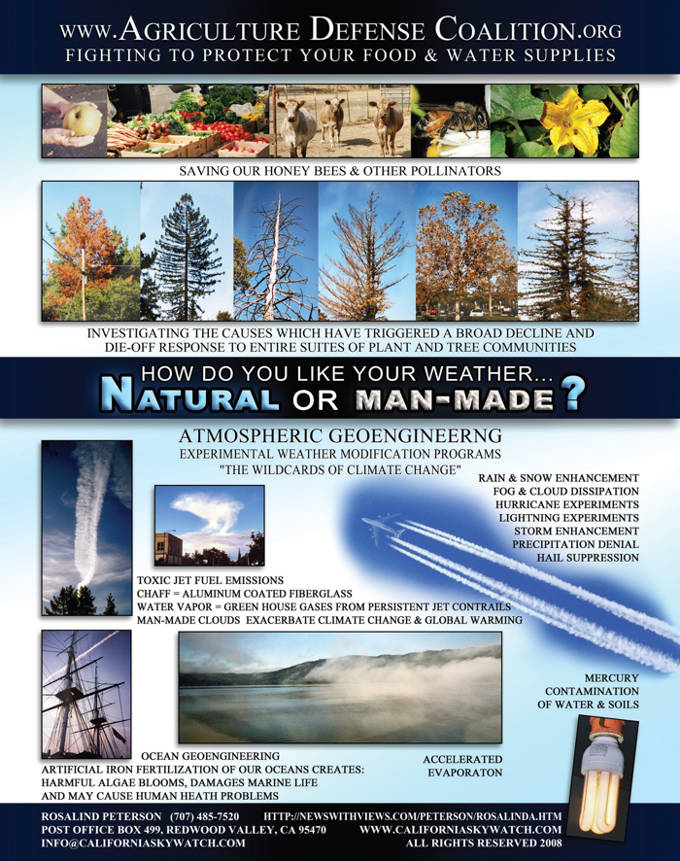